Waterworks Players to Present Snow White and the Seven Dwarfs 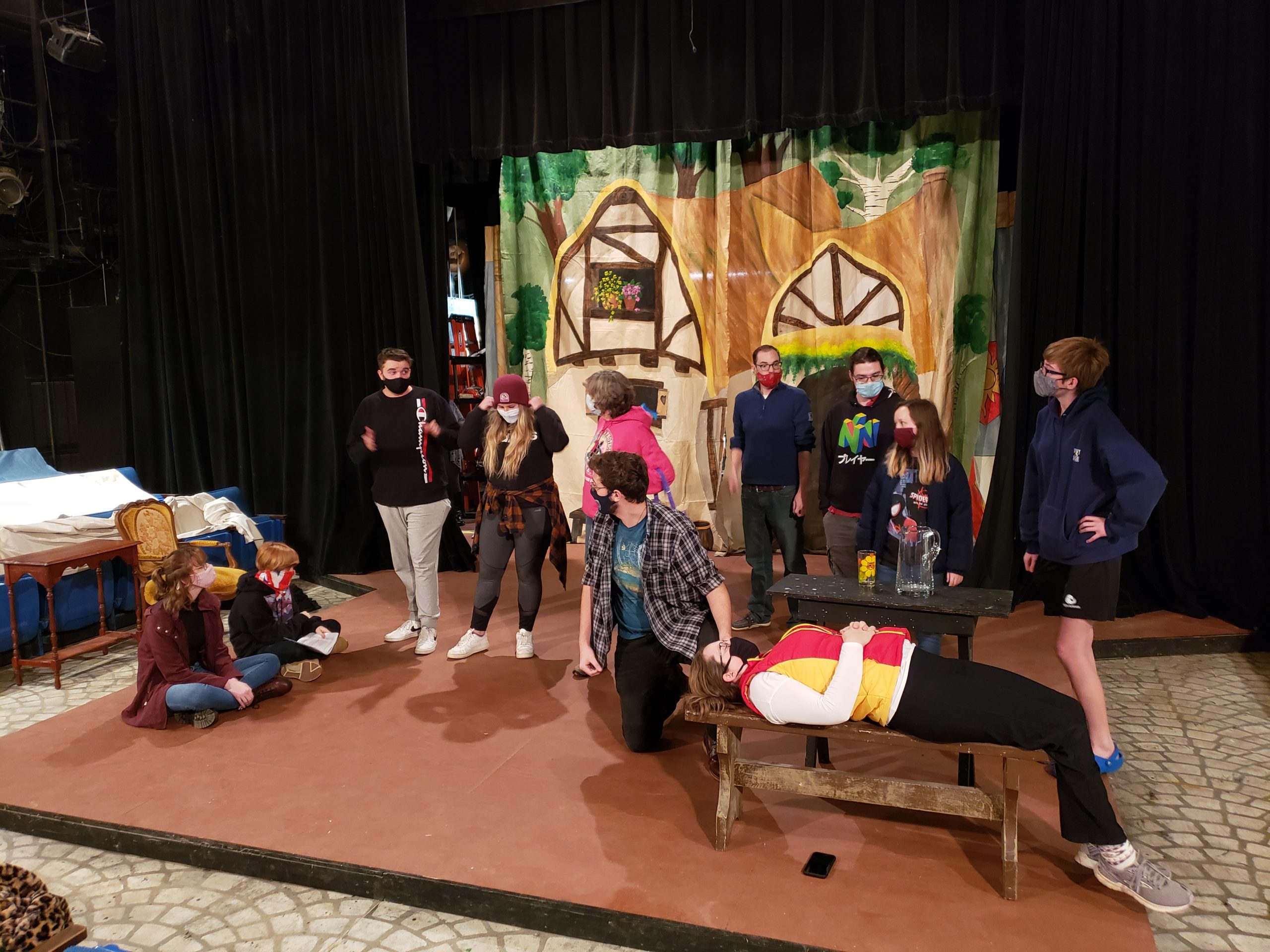 Waterworks Players proudly presents the pantomime Snow White and the Seven Dwarfs to celebrate the holiday season. Beloved by children and adults alike, pantomimes are as much a part of Christmas throughout the British Isles as singing carols, trimming the tree, and exchanging presents.

As a popular form of theater, “Pantomimes are melodramatic presentations of familiar nursery rhymes or children’s tales that combine song, dance, and slapstick comedy,” states Mary Jo Stockton, who grew up in Scotland and will direct the production. “At home they are called pantomimes, but it’s not the same as a mime,” says Stockton. “You get the story with a twist. A night out at the pantomime is a family affair.”

Waterworks presented its first pantomime, Puss In Boots. “The show was so successful that we have produced them every season until last year. We packed the house for each production and now people ask us months in advance which tale we will tell in December” according to Waterworks Players’ artistic director Dudley Sauve. From the beginning, kids knew right away how to get involved in the play as if they had grown up with it. Likewise, adults had a wonderful time laughing at the double-meaning of the punch lines.

“Part of the magic of pantomime,” says Stockton, “is the audience participation.” Everyone is encouraged to “Boo” the villain and sing along with cast members. This can lead to friendly audience competition as half of the audience tries to sing their chorus louder than the other. In some productions the story villain will squirt the audience with water guns, while other cast members might throw candy to children.

In Waterworks’ production of Snow White and the Seven Dwarfs, Fairy Flora (Elle Franssen) introduces us to a kingdom ruled by the vane Queen Evilynn (Christy Moore), who needs to find a husband. Hoping to win the favor of Prince Valiant (Jackson Childers), a lavish royal banquet is prepared by Clarissa (Elijah Logue), the palace’s cook, and her bumbling son Muddles (Kolby Logue). During his visit Prince Valiant is impressed, but not with the queen. Instead, the beautiful Snow White (Ashley Ashlock) has caught the handsome prince’s eye. To make matters worse, the queen’s magic mirror (Leigh Lunsford) informs her that she is no longer the fairest in the land. Enraged, the queen hatches a plot for Muddles to kill Snow White. Rather than doing Snow White harm, Muddles leads her deep into the forest where she encounters a group of friendly dwarfs (Isabelle Halliday, John Burton, Kaitlynn Faircloth, Trenton Taylor, Autumn Frankart, Rowan Danielsen, and Don Blaheta). Life away from the palace is peaceful until a disguised Queen Evilynn shows up selling apples.

Make reservations now for the whole family to attend Waterworks Players’ production of Snow White and the Seven Dwarfs. Performances are Fridays (December 3rd and 10th ) at 7 pm, and Saturdays (December 4th and 11th ) at 2 pm and 6 pm. Tickets are $5 for everyone, children, adults, and dwarfs. You can obtain tickets online or by calling the box office at 434-392-3452.