Who’s on First? A Nightmare Comedy

As this is turning out to be one long, hot July in Central Virginia, you won’t want to miss the opportunity to enjoy a refreshingly light slice of summer fun right here in Farmville. Starting this Friday and Saturday, July 18 and 19, Waterworks Players presents Who’s on First? A Nightmare Comedy written by Jack Sharkey. 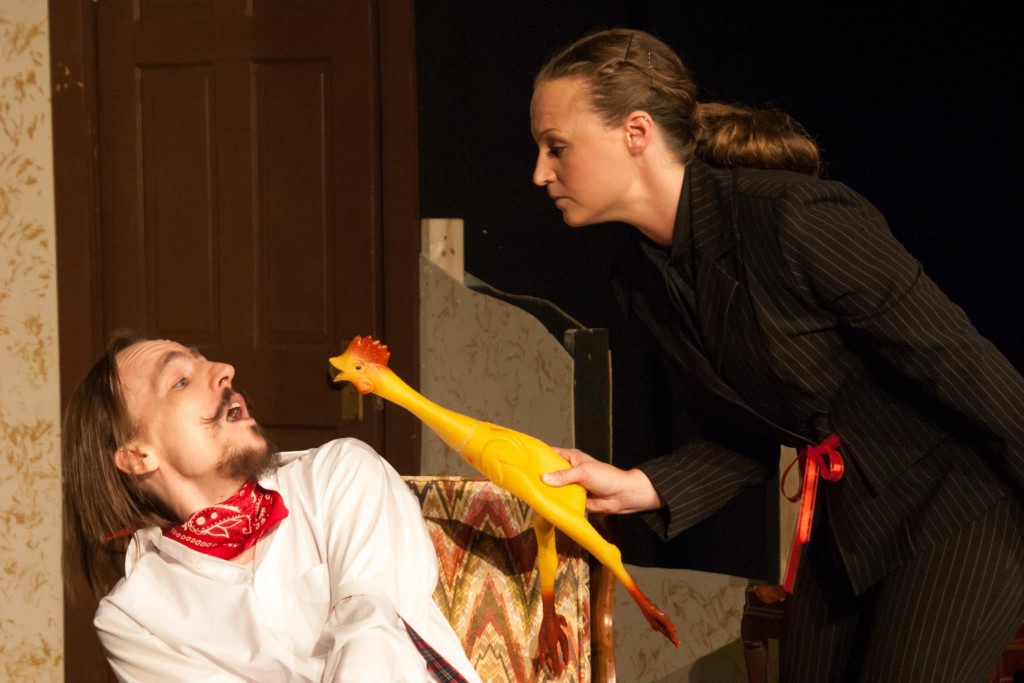 The script is a clever, irreverently funny treatment of the plot popularized by the movie Groundhog Day in which the characters must re-live the same situation over and over again until they manage to break out of the increasingly outlandish cycle of events and re-take control of their lives. Who’s on First? was presented for the first time in 1975 at a community theatre in Mount Prospect, Illinois. Since then it has entertained community theatre audiences around the country.

The trouble all starts when a very jealous husband Don, played by Jordan Whiley, suspects his wife Alice (Marianne Congleton) of having an affair with her friend Ben (Don Blaheta). When Don confides in his friend Camille (Katherine Lusk) during a party at her apartment, he complicates matters by waving a gun around and pulling a rubber chicken out of his coat pocket. It doesn’t help that Camille has just purchased a mysterious lamp that looks a lot like the one Aladdin used to summon his genie. Add a couple of wishes fueled by jealous rage and you have a party that keeps replaying but in increasingly imaginative iterations that find the same characters in wildly changing situations, playing characters from other genres and cultures and speaking with an array of accents. 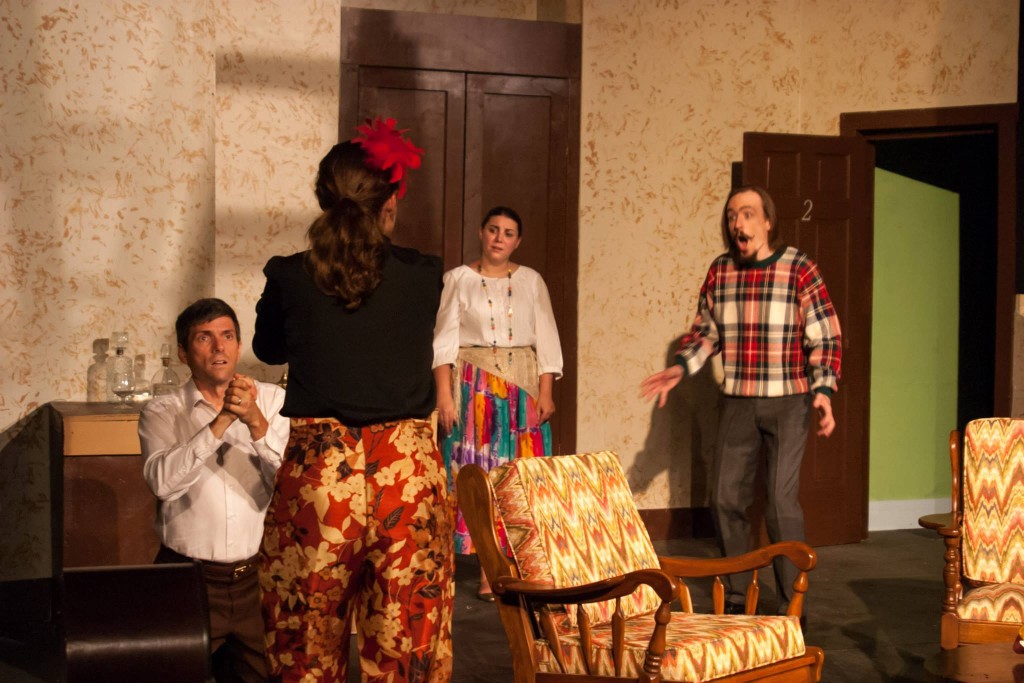 The plot is as carefully structured as it is witty and the whole show moves quickly and effectively to a denouement that you will never be expecting. For light, summer comedies this Waterworks production, directed by Pamela Wright, is first-class community theatre. There is a lot of on-stage chemistry between two of the actors in particular (I’ll leave it to you to determine which two) and part of the charm of this production is the way in which Lusk, Whiley, Blaheta and Congleton draw upon each other’s energy to engage and entertain the audience. The costume changes, especially for the female characters, are real eye-catchers and add sparkle to the show. 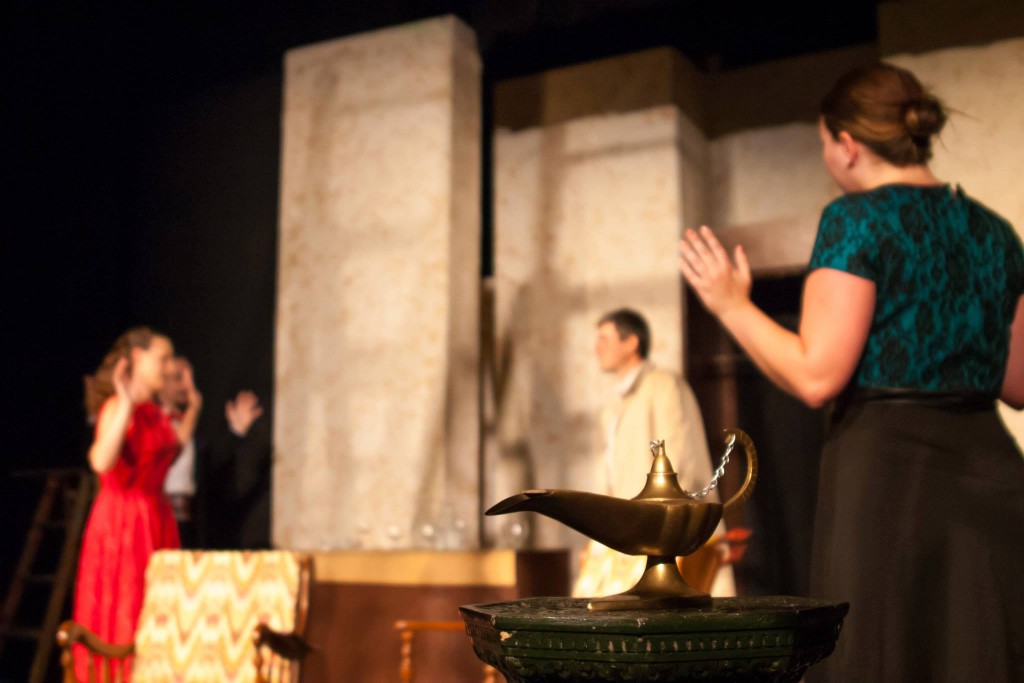 You have two weekends to catch Who’s on First? and there are just a little over 100 tickets available for each show. Once the tickets are gone, they are gone and since some of the Waterworks’ previous shows have sold out, don’t wait to buy your ticket. The show starts at 8:00 p.m. and the show dates are this Friday and Saturday July 18 and 19, and next Friday and Saturday, July 25 and 26. The show runs for two hours with an intermission of 10 minutes between acts. Ticket prices are $10.50. When you go on-line to purchase your tickets at https://waterworksplayers.org/buy-tickets you’ll see a new feature on the website that also allows you to select your seats. Make plans now for a great evening of laughs and entertainment Waterworks style!