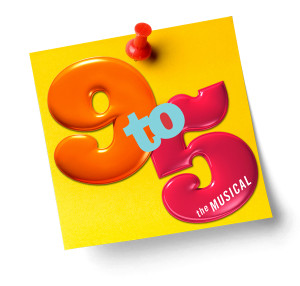 “Tumble out of bed and stumble to the kitchen, pour myself a cup of ambition and yawn and stretch and try to come to life.” If you were of movie-going age in 1980 the lyrics of the title song “9 to 5” instantly take you back thirty-three years. “9 to 5” is a revenge fantasy come to life in which three fed up secretaries find a clever way to get even with their obnoxious boss and pay him back for all his lies, arrogance and bad behavior at the office. The movie starring Dolly Parton, Jane Fonda and Lily Tomlin was a box office smash. Three decades later the movie is still popular with a Rotten Tomatoes ranking of 82% and an Amazon Prime score of 4.5 out of 5 stars. Back in the 80s the title song went platinum, earning the top spot on the Billboard Top 100 for two weeks and ultimately winning two Grammy awards in 1982. Parton then took the title song and working with Patricia Resnick, the author of the screenplay, wrote “9 to 5: The Musical”, which opened on Broadway in 2009. The musical tells the same story as the movie but with a combination of song, dialogue and dance.

Waterworks Players now bring the Broadway musical to Farmville complete with a live orchestra and cast of twenty-five actors. This is a big production. Seasoned director Dudley Sauve is back at the helm with the assistance of both a music director, Elizabeth McCutchen, and a choreographer, Patsy Watson. The musical showcases eighteen songs with a variety of musical styles and an array of short, narratively packed scenes that work together to bring the movie’s story alive. The Farmville production stars Anita Lynn, Mary Jo Stockton and Longwood music major Kathleen Lilly in the top three roles as Judy, Violet and Doralee while Greg Tsigaridas plays the hateful Franklin Hart. This musical is a lot of fun and the current cast, orchestra and stage crew simply buzz with community. Experienced actors Stockton, Lynn and Lilly skillfully play alongside youthful newcomers such as Jasper Green and Jewel Moore, who are delightful on stage and exude a natural liveliness in their roles. We hope they’ll be back for more shows! The combination of music and dialogue really keep the action moving and this review would be incomplete without an enthusiastic acknowledgement of the very pleasing accompaniment of the orchestra’s pianos, flute, trumpet, guitar, clarinet, saxophone and percussion. Like the movie, the musical is better enjoyed by a mature audience, so get your date, your friends or even better your co-workers and come out to Waterworks for a night of fun and song as you vicariously enjoy Judy, Violet and Doralee’s opportunity to even the score with their insufferable boss.

There are only two weekends to catch the Waterworks production of “9 to 5:The Musical”. Performances start at 8:00 p.m. this Friday, Saturday and Sunday , September 27, 28 and 29 and run again next weekend on October 4 and 5. Tickets are $15 and can be purchased by calling the box office at 434-392-3452 or by visiting the Waterworks’ website at https://waterworksplayers.org.