Mason and Womack: A Classy Reunion

Daphne Mason and Martha Womack, two of The Waterworks Players’ longest-running troupers, are happy when they’re in the same play together—Fiddler on the Roof, Big River and Mame come to mind—and happier still when they’re playing opposite each other. Vanya and Sonia and Masha and Spike, the debut Waterworks production this season, allows them to do just that. 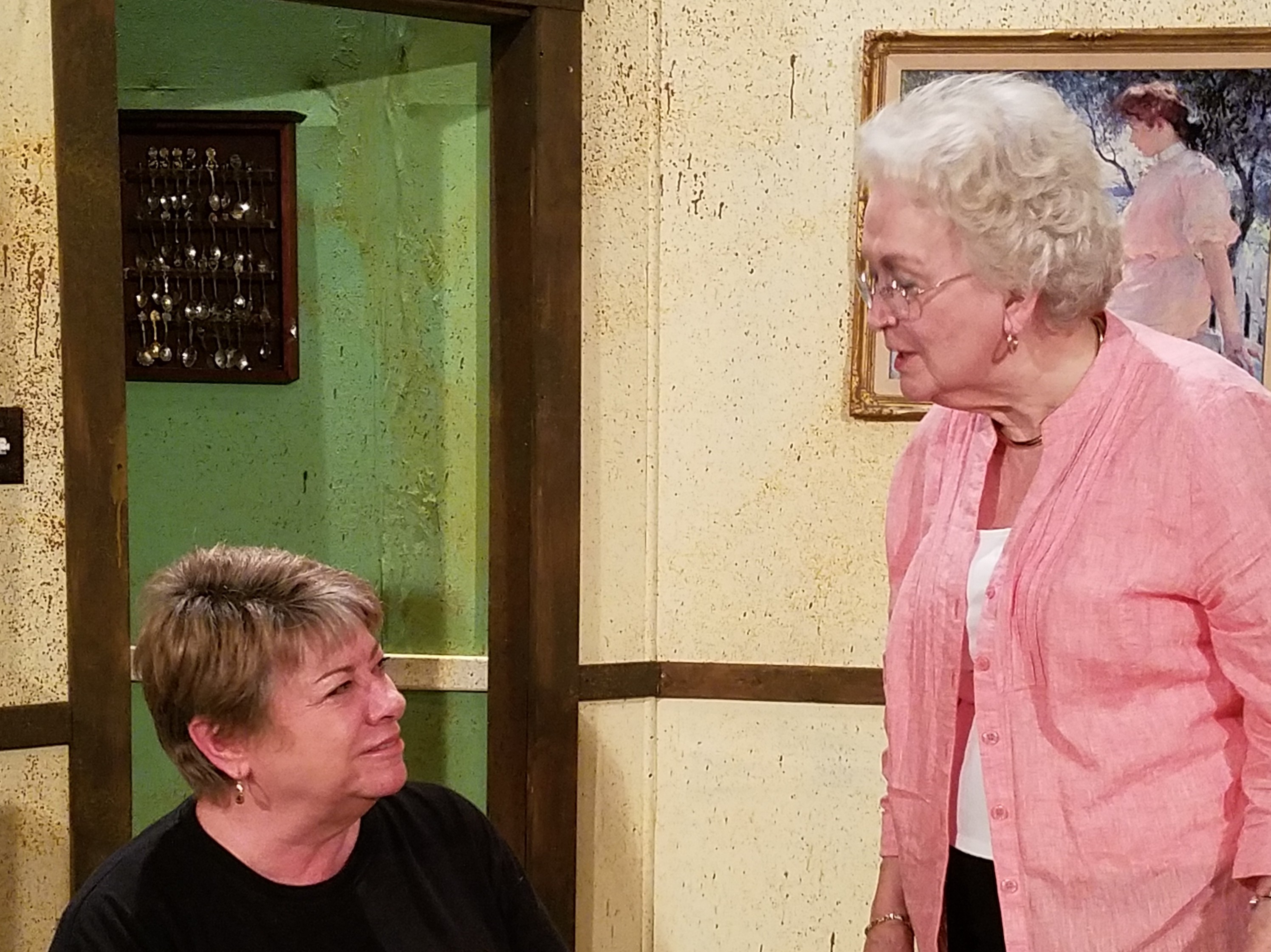 Martha Womack and Daphne Mason return to the Waterworks stage

“We’ve known each other professionally for years as teachers,” Mason said, adding that treading the boards together is something special: “We seem to have an easy time working together, playing off each other.” Such camaraderie is a bonus when something unforeseen occurs during a play; “I almost broke Martha’s nose helping her up a ladder in the middle of Mame,” Daphne recalled.

One of Womack and Mason’s first starring roles together was in 1989, in Arsenic and Old Lace. They played Martha and Abby Brewster, the “deadly” sisters in Joseph Kesselring’s comic thriller, and remember that experience with especial fondness. “We were true partners in crime, “ Mason said, “old-fashioned, ditzy old ladies. It’s always interesting to be in plays with younger actors. They look at you with this ‘Gee, you’re old!’ expression.”

More recently (2010), The Kitchen Witches paired Mason and Womack again, as Isobel Lomax and Dolly Biddle, two “mature” television cooks who have hated each other for 30 years. One of their favorite scenes is a fight that becomes “tastefully” slapstick: Martha’s character smears chocolate pudding all over Daphne’s face; she responds by “dumping bread dough down Martha’s bosom. The audience loved it—I did too.”

Vanya and Sonia and Masha and Spike reunites Mason and Womack—“Sisters again!” Womack grinned—but their roles are almost a continuation of Witches. Daphne’s character Masha is a five-times-married movie star whose career is starting to fade; Martha’s character Sonia is a middle-aged spinster with no job and not real life outside of their dead parents’ home that she shares with their brother Vanya. Masha and Vanya (Ed Kinman) are close biological siblings, but Sonia is adopted. “She doesn’t like that,” Womack said. “She always feels left out.” Masha continually one-ups her sister. A key comic scene occurs when she is invited to a costume party; she decides to go as the Disney Snow White, insisting that Sonia go as one of the dwarfs. (Sonia rebels, but this isn’t the place for a spoiler alert.)

A spatula of pudding, a fistful of dough, a touch of arsenic, a heaping teaspoon of sibling rivalry: Vanya and Sonia and Masha and Spike is well served by this reunion. It runs October 14th, 15th, 21st and 22nd. For ticket information go to the Waterworks website: waterworksplayers.org, or call (434) 392-3452.