Review: ‘The Importance of Being Earnest’ 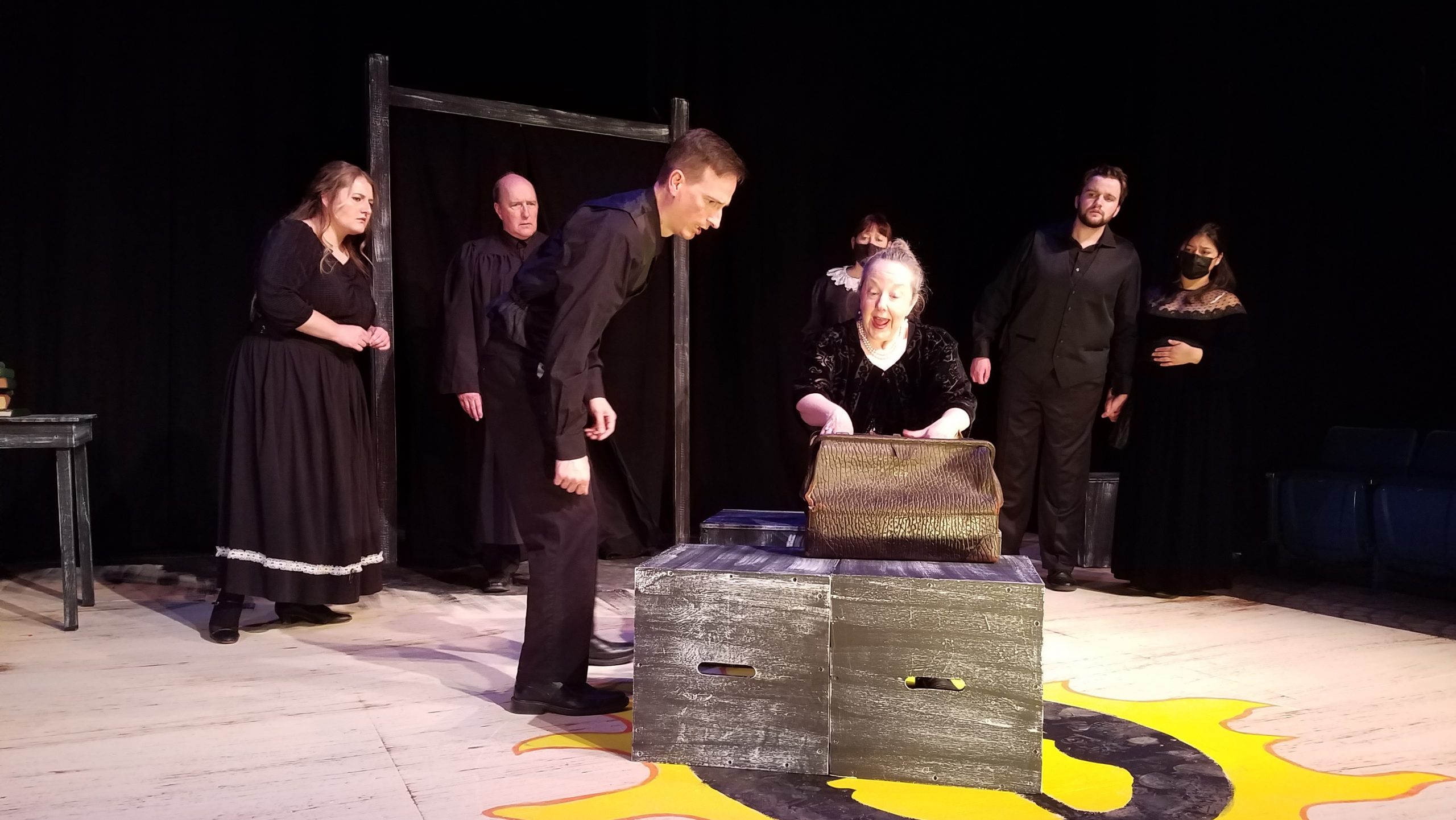 ‘The Importance of Being Earnest’ by Oscar Wilde has been entertaining audiences since it premiered in London in 1895. Friday’s opening night at Waterworks continued that long tradition. Wilde’s satire on marriage, wealth, and class borders on the farcical, and this cast performs it for belly laughs.

The plot revolves around the various impediments that keep lovers apart. The cast includes two young men-about-town who have created double lives for themselves as a way to avoid social obligations, two young women who are their love interests—and firmly resolved to marry men named Ernest, and a dowager determined that the only marriages that ensue shall benefit her relations. The cast is completed with three servants and the local priest. Wilde’s word play is almost a character in itself, full of repartee and epigrams, and the verbal conceit of Earnest/Ernest is central to the plot.

As always, veteran player Greg Tsigaridas delivers an entertaining performance as a gentleman known as Jack in the country and Ernest in town. As Lady Bracknell’s nephew Algernon, Elijah Logue munches and grins his way through the entire play with the same irresistible insouciance as he approaches bunburying. Ruth Holliday, in her second Waterworks performance, heightens the effect of Lady Bracknell’s hauteur and ludicrous opinions with her pacing and accent.

Kolby Logue is Gwendolyn Fairfax, Lady Bracknell’s daughter and Jack’s love interest. Anna Stinson plays Cecily Cardew, Jack’s ward and Algernon’s love interest. Both are hilarious, shifting from flirtatiousness to salaciousness and from being bosom buddies to sparring duelists with the bat of an eyelash. Leigh Lunsford is a natural as Miss Prism, governess and erstwhile novelist; her prurient facial expressions add another level of fun.

Elle Franssen plays the manservant Lane and the butler Merriman. Expecting Jeeves, I actually saw more Puck: her exaggerated shock and delight give her characters the manner of mischievous jesters. Granville Scott provides appropriate gravitas in his performance as Rev. Canon Chasuble, Jack’s parish priest. The entire cast adds to the hilarity to Wilde’s script.

Behind the scenes, the creative team made very effective choices for this comedy. All characters are clad in black frocks suggestive of the Victorian period but without any flounces and furbelows to distract from the witty lines or the excellent physical comedy provided by the cast. The minimalist setting also works well. It’s amazing what they accomplish with eight black cubes, one table, two silver tea trays, two urns, a stack of books, and a handbag.

Do a little bunburying this weekend—treat yourself to this delicious comedy of manners! There are shows on April 29 and 30 at 8pm. Tickets can be reserved by phone (434.392.3452) or purchased directly on this website: Buy tickets now